The practice of leading in inter-organisational networks

Organisations increasingly collaborate in inter-organisational networks — separate social systems in which the activities of at least three legally independent organisations are co-ordinated in time-space. In the private sector, they collaborate to sustain competitive advantage. In the public sector, they co-ordinate activities to tackle grand societal challenges such as environmental protection, migration, poverty alleviation or integrated healthcare.

Given the wide and growing relevance of network-based collaboration, it is surprising how little we know about how member organisations actually lead the networks in which they are involved — that is to say, how they exert influence to co-ordinate activities across their boundaries. Crosby and Bryson (2010) note that “leadership language and scholarship have been remarkably scarce in the academic literature on collaboration” (p. 212). The paucity of research in this area is unfortunate, not least because knowledge about leading in traditional organisations cannot be easily transferred to networks. Networks are organisational forms (for they are neither markets nor hierarchies) that are worth analysing in their own right. In contrast to organisations, networks cannot be led by hierarchical fiat. Rather, leading in networks is a collective practice accomplished by a constellation of several legally independent organisations. This article presents insights from a recent research project shedding more light on this topic.

In theoretical terms, the article draws on the “practice turn” in leadership studies, focusing on Structuration Theory (Giddens, 1984). According to this theory, leadership activities (“practices”) are enabled and constrained by social structures and, in turn, stabilise or adjust these structures over time. Social structures are rules and resources guiding how social systems such as networks are ordered. Suggesting a dynamic relationship between structure and action, Structuration Theory differs from traditional leadership theories, which often connect action to an individual leader’s traits, charisma or intentions without considering the structural context in which action takes place. It also differs from structuralistic approaches, which assume that leadership action is determined by social structures without considering actors’ reflexive capacities to stabilise or adjust these structures as circumstances change. 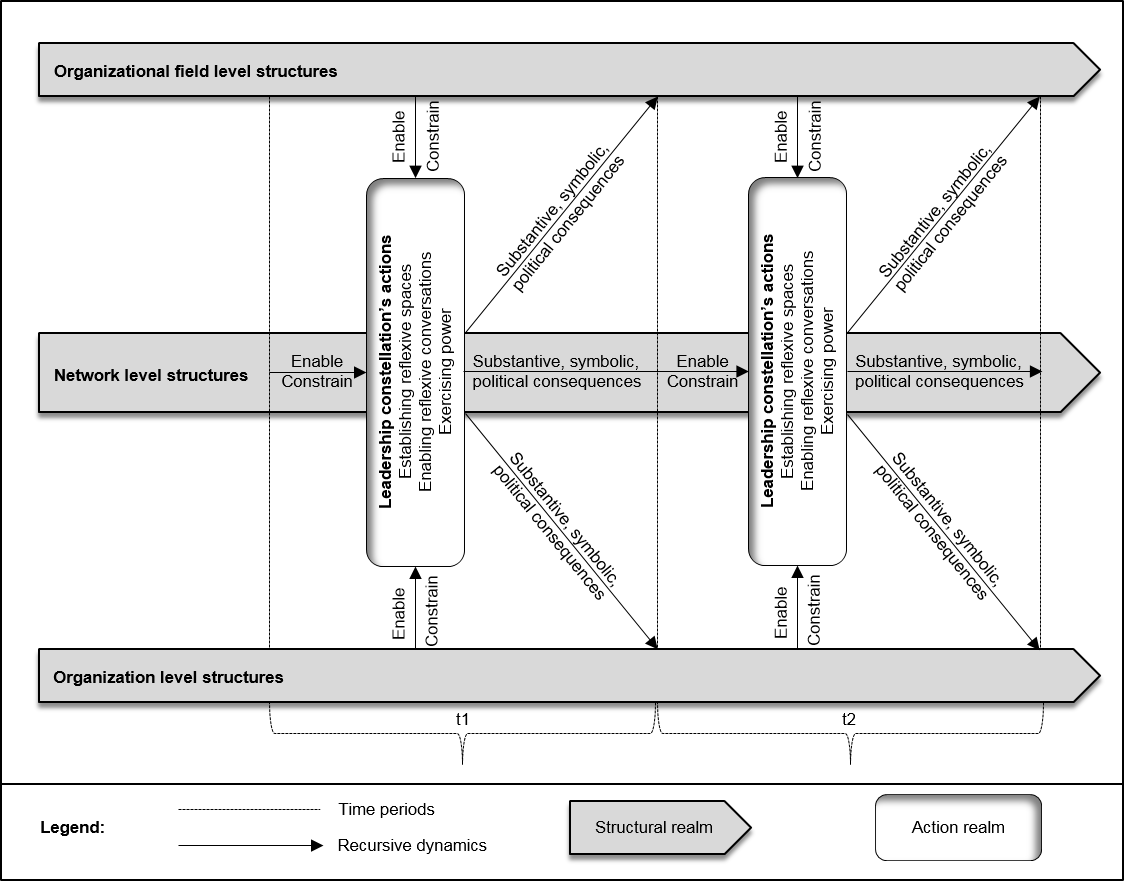 Figure 1: A practice-theoretical model of leading in inter-organisational networks (reproduced with the permission of Palgrave Macmillan)

First, network members established reflexive spaces, episodic communicative events co-locating them in the same physical or virtual space. These spaces gave them a break from their everyday activities and thus provided them with occasions to reflect on new co-ordination opportunities. For example, in the rural case, network members set up a series of so-called ‘Care Commission’ meetings, in which they reflected on how they could re-organise hospital discharge activities across a hospital, GPs and a home healthcare organisation. Similarly, in the urban case, they established ‘Think Tank’ meetings to reflect on how they could cut spending on rheumatic diseases in the city by co-ordinating activities among payers, hospitals and GPs.

Second, network members exerted influence by enabling reflexive conversations. While setting up reflexive spaces was an important requirement, they co-ordinated activities in face-to-face conversations, in which they questioned previous ways of collaborating and explored new opportunities for joint action. They influenced the reflexive quality of these conversations in many ways. In the rural case, for instance, they carefully prepared meetings with comprehensive manuals (so-called ‘Yellow Bibles’) providing full and mutual transparency on decision-critical information (for example, future financial flows, headcount reductions, re-allocations of responsibilities). This practice increased trust and enabled fact-based deliberations on acceptable distributions of the benefits and burdens of collaboration. As a counter example, in the urban case, network members often missed Think Tank meetings. This practice obstructed the quality of their conversations as agreements made in one meeting were often watered down in subsequent ones when the composition of attendees changed.

Third, network members co-ordinated activities by exercising power, mobilising resources (such as budgetary allocations), staff and expertise to exert influence and get things done. While some network members were more powerful because they had easier access to these resources, they still lacked hierarchical fiat to direct others’ activities, relying on other means to imbue their interventions with meaning and legitimacy. In the rural case, they developed a consensual decision-making style, a practice allaying the fears of weaker members to “get pulled over the table”. In the urban case, by contrast, a powerful member initially negotiated greater decision-making rights to protect start-up investments. Despite the best of intentions, this practice prompted other network members to question the usefulness and legitimacy of the network and assume a rather cautious role in co-ordinating activities.

The findings also indicate that these leadership practices cannot be understood without considering a multi-level and in part contradictory structural context in which they were situated (see the shaded arrows in Figure 1).

The organisational field level refers to rules and resources defining a particular industry, including customer and supplier expectations, political initiatives or regulations. In the two cases, network members frequently referred to an aging population with changing needs to explain their leadership practices. At the same time, their practices were recurrently constrained by national regulations remunerating providers for individual services rather than integrated care plans. These volume-rewarding regulations created financial dis-incentives for individual network members to engage in the patient-centred co-ordination of activities.

The organisation level refers to established rules and resources within each network member. For example, in the rural case, a thermal spa faced declining revenues due to an aging infrastructure and growing competition from abroad. From the spa’s standpoint, co-ordinating activities made sense to access new revenue sources and to achieve economies of scale, for instance in IT, laundry, and marketing. By contrast, in the urban case, most provider relied on a solid financial background, lacking a strong case for co-ordinating activities with others.

The three leadership practices were enabled and constrained by this structural context. At the same time, they recursively stabilised and adjusted this context, creating intended and unintended substantive (concrete structural change), symbolic (evolution of meaning among network members and stakeholders) and political consequences (reallocations of power). Viewed over time, the interplay between leadership practices and evolving structural context gave rise to virtuous and vicious circles. In the rural case, members established a tightly-knit integrated care network, co-ordinating activities for the benefit of an aging population. In the urban case, progress was more modest, with provider organisations struggling to co-ordinate care across their boundaries.

Implications for theory and practice

These findings have implications for theory and practice. Theoretically, they improve our still limited understanding of how member organisations actually lead the networks in which they are engaged, that is to say, how they exert influence to co-ordinate activities across organisational boundaries). In particular, they offer a new perspective on the dynamics of leading in networks, showing how leadership practices recursively interrelate with a continuously evolving structural context. For practitioners, they offer a potentially useful analytical framework for examining their own leadership practices, raising questions such as: (1) Which reflexive spaces do we have in our network and how do they help us identify and implement co-ordination potentials?; (2) How reflexive are the conversations we have in these spaces and how can we improve them?; (3) How do we deal with power differentials and what are the intended and unintended consequences of our practices?; (4) How are our leadership practices enabled and constrained by a contradictory structural context and to what extent can we influence this context?; (5) Which virtuous or vicious leadership circles do we see in our network? These questions may inspire practitioners to reflect on their own leadership practices, helping them to sustain competitive advantage and tackle grand societal challenges through effective inter-organisational collaboration.

Matthias Mitterlechner is Assistant Professor of Management of Healthcare Organisations at the University of St Gallen, Switzerland, where is also the co-Head for the research programme "Healthcare Excellence".

More details and references are now available in: “Leading in inter-organizational networks: Towards a reflexive practice” (Mitterlechner, 2019).

Giddens, A. (1984), The Constitution of Society: Outline of the Theory of Structuration, Polity Press, Cambridge.